It was really nice to be asked to be part of a really cool photo project by Chris Payne - who interviewed a whole series of drummers about things that inspired them early in their career and then took a photo linked to that story.

When my brother and I were 9 and had just moved to Scotland, we found a flattened and battered old WWII brass artillery shell casing on Gullane beach (scene of D-Day landing rehearsals) . Later I played on it a lot when we went busking around Europe when I was 17. Playing on found objects changed my drumming a lot, improved my touch and feel, because you had to find the sound in the objects. It was playing the pots and pans kit that later got me hired by Martyn Bennett....with many consequences for my career.

So in the photo you can see properly  here... Chris photographed me playing my old pots and pan set including that very artillery shell casing on Gullane Beach just about the place where we found the shell 43 odd years ago! The sky and sunset didn't dissappoint.

See all the photos in the project here. Or go the exhibition in Manchester until November 17th - 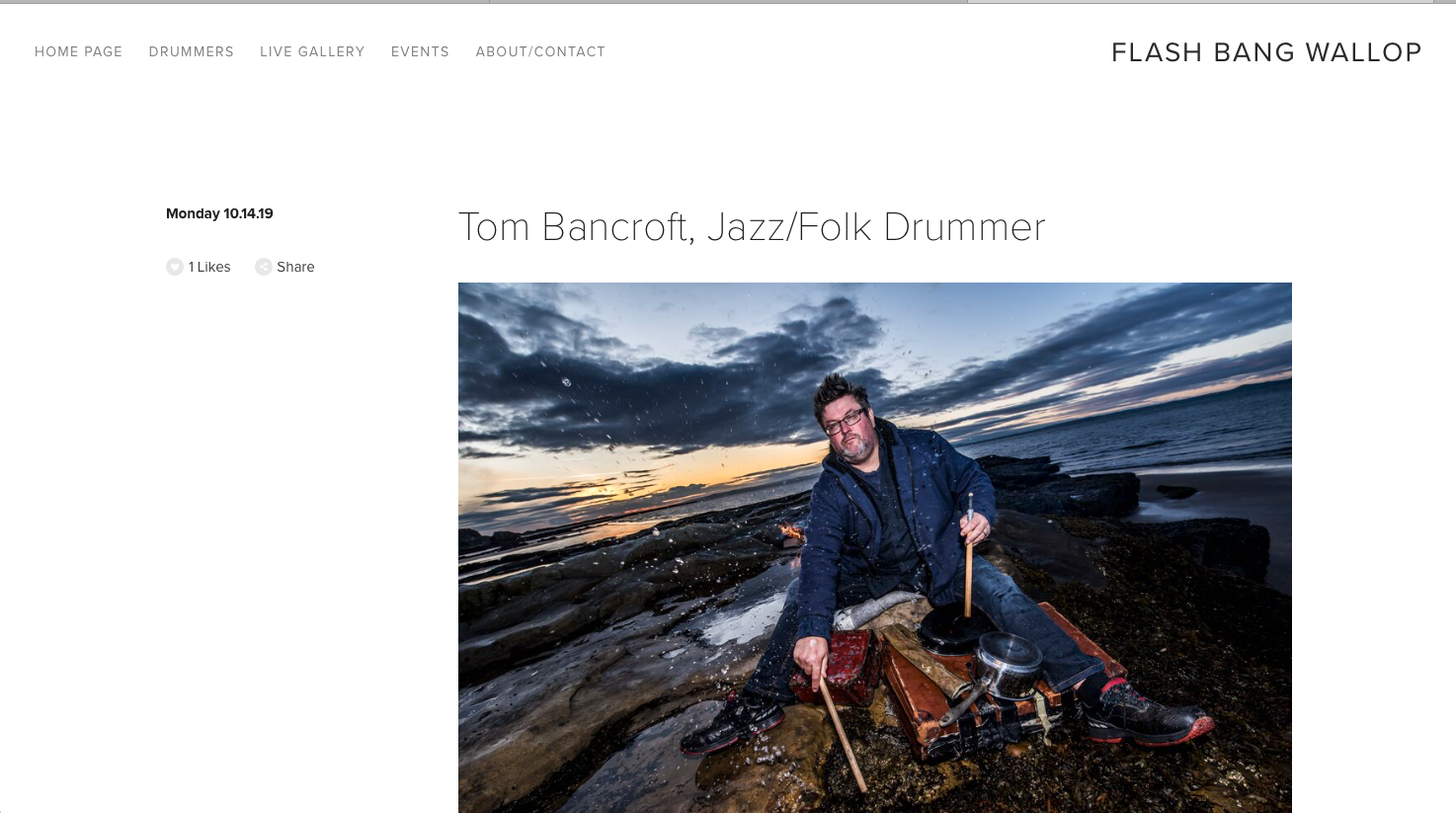