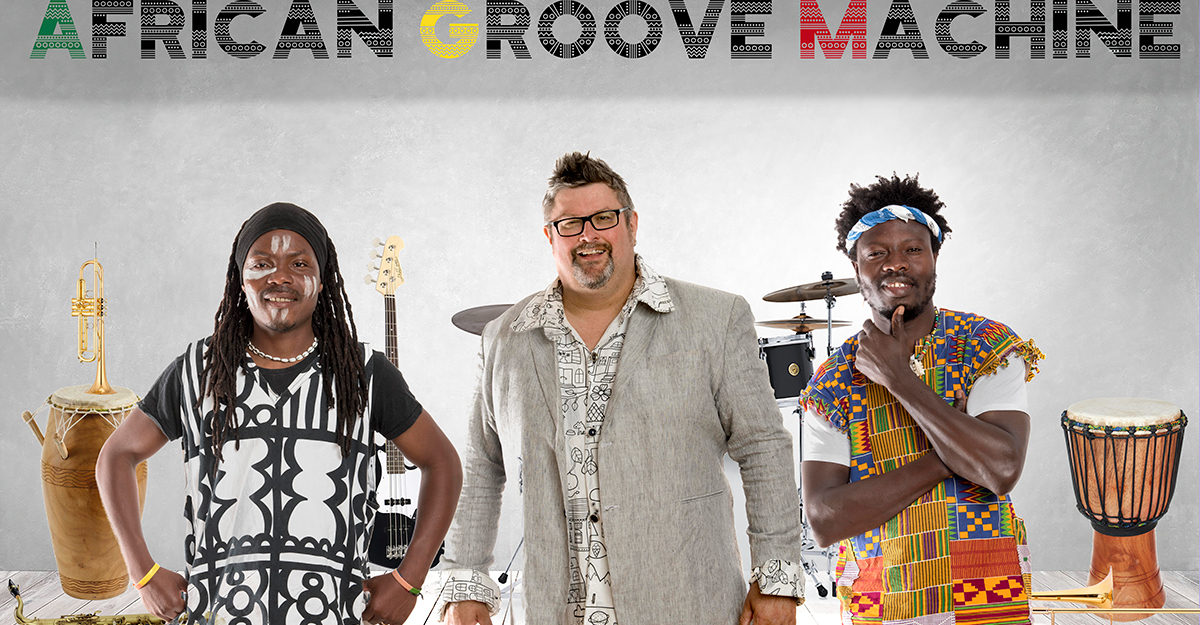 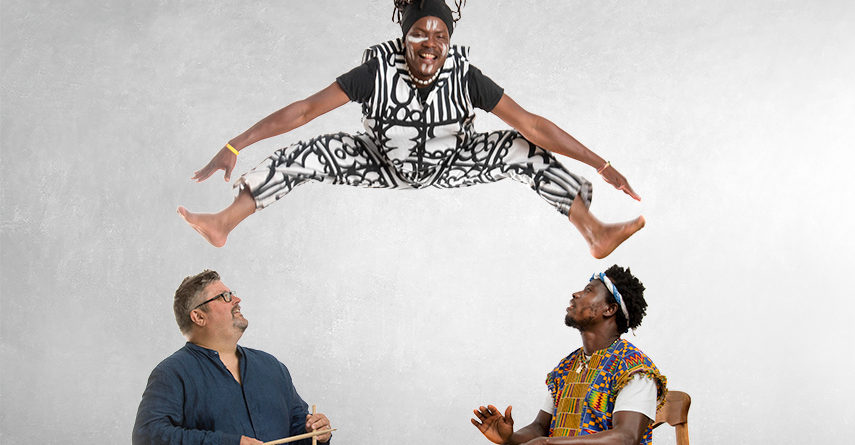 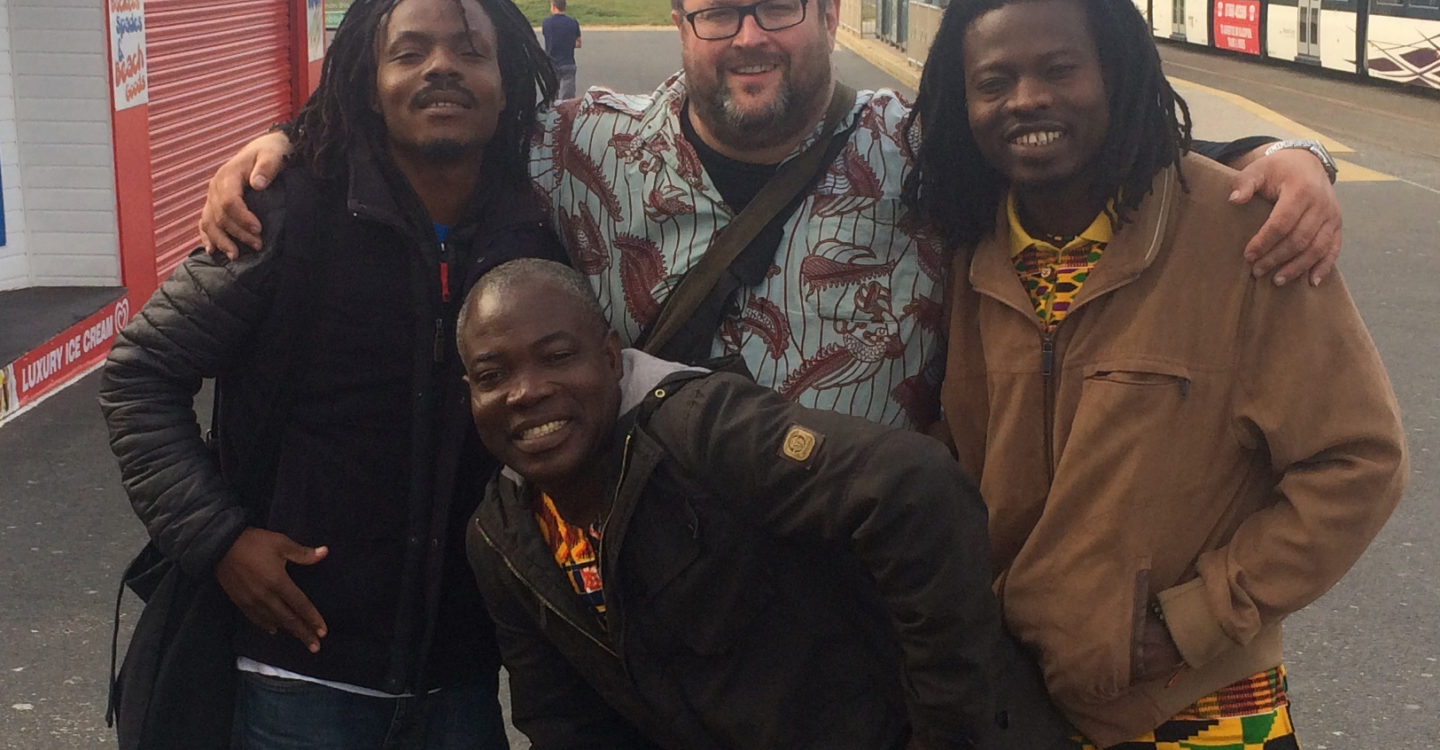 "the performers gave it their all, mixing Ghanaian rhythms, Scottish jazz, Afrobeat and brass in an explosion of music and dance...They even got us up dancing – an Embra audience, traditionally inclined to keep bums superglued to seats – ‘audience participation, eh no, that’s for the tourists ken’ – there they were, waving their arms and jumping about like no-one was watching.... a little bit of paradise" The Scotsman.

This raised the (tented) roof on the final night of this year’s Edinburgh Jazz and Blues festival...  djembe – whizz Ghanaian Thomas Annang brought a welcome rawness and at times, a mind-expanding complexity to the overall sound and dancer Adie Baako Elias had most of the audience on its feet,..... Judging by the expanding grins all around, the concert was a resounding success, let’s hope this band can continue to successfully negotiate the distance between their homelands, to keep producing together this wonderfully hybridised, joyous and sophisticated music." Scottish Jazz Space

This group was inspired by  Okoe Ardyfio - the Ghanaian master drummer and dancer who died in 2021. Okoe met Thomas Annang and Adie Baako -Elias on the beach  in Kokrobite , Ghana when they were young teenagers selling coconuts to tourists, and trained Thomas to be a master drummer and Adie to be the lead dancer of his group Akrowa.

Many years later Okoe also met Scottish jazz drummer and composer Tom Bancroft when he visited Kokrobite to study Ghanaian drumming. The very first thing Okoe said to him, when he discovered Tom was from Scotland, was 'Do you know Shooglenifty?' - a band Tom had played with and knew well, because Okoe had performed with them for Prince Charles during the Commonwealth Games in 1986. This meeting resulted in Tom going back to Kokrobite with his family for 6 weeks to study with Okoe in 2012, and then Okoe and Akrowa coming to Scotland and teaching thousands of Scottish children Ghanaian drumming and dance, and spreading a lot of joy!

Some of this music was composed for Okoe to play with Tom, Thomas, Adie, and the Edinburgh School Jazz Orchestra in the Edinburgh Jazz Festival in 2019, and Okoe came over to Scotland but was sadly too ill to perform. And then he passed away in 2021. This group was created to celebrate his life and music and international collaboration, music, dance, and song.