He felt his key achievements were:

His unfulfilled ambitions were around: 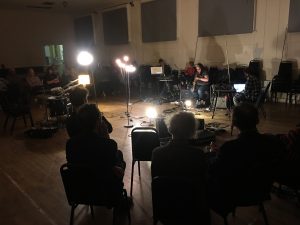 Pete Furniss and his computer in dialogue...

Members of the PIE audience jam on Martin Green's rig in the interval.